Ontario continues to make bold steps towards a more regulated, more transparent and more accountable job market. In addition to other reforms, this Canadian province will enact new regulations to address several vulnerable points that were previously left to individual interpretation, including the gender pay gap. New legislation was presented under the formal name ‘Bill 203: Pay Transparency Act, 2018’, and it includes several provisions designed to level the playing field and protect the rights of employees in the financial sphere. The bill is modeled after similar legislation that has already been enacted in countries like Germany, UK and Australia, while the government pledged to spend around $50 million over the next three years on its implementation.

Some of the most relevant changes that businesses located in Ontario will have to observe going forward include:

The bill looks to shift the balance of power during job negotiations to the workers’ side, or at least reduce the pressure on workers to accept smaller compensation. To that end, employers will be prohibited from asking about candidate’s previous salary at any point prior to the hiring. This measure should help skilled workers achieve greater upwards mobility, since employers will be forced to offer the same conditions to all candidates regardless of their negotiation leverage. The idea is that workers should be compensated based on the job they will be performing, not their history.

Companies advertising job openings will now have to indicate a salary range within the ad, which will enable full transparency from the beginning of the process. Meanwhile, employees who discuss or disclose their pay rate to others won’t be subject to fines for breaking company policies. In combination with the previous measure, this will create an atmosphere where salaries can be freely discussed without fear of negative consequences. Hopefully, it will amount to better informed and more empowered workforce capable of protecting its financial interests.

Despite continued efforts to erase the difference between men and women, there is still a 30% disparity between genders when it comes to the size of the pay check. Bill 203 will address this situation by requiring companies with more than 500 employees to track any such differences and regularly report them to the provincial government. The plan calls for this provision to be extended to all businesses with more than 250 workers, prompting the employers to become more proactive in this regard and support equal pay practices.

Strict enforcement can be expected

Liberal government seems serious about making tangible changes to Ontario’s labour market, and the Pay Transparency Act is one of the cornerstones of this plan. Companies that violate the rules laid down in the Act can expect significant financial penalties, making it expensive to continue with discriminatory practices. Compliance officers will be deployed to check on companies through workplace audits, and will be empowered to levy fines if they discover serious violations. Of course, employees who feel their rights were compromised will be able to report the problem to the authorities, as well. 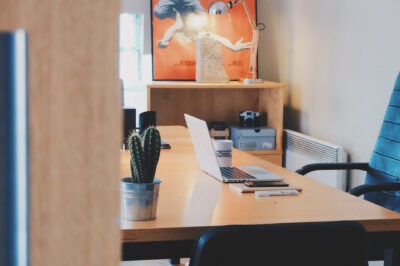