Hiring and training: How costly is each new employee? 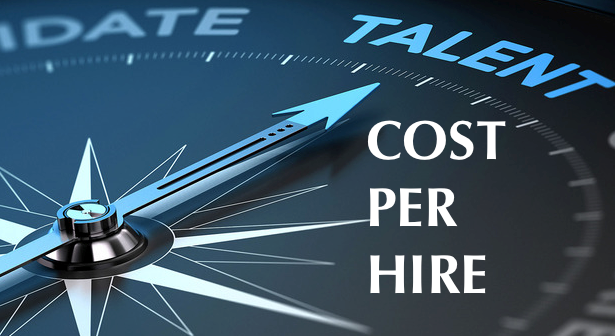 Any experienced human resource manager knows that companies with a high employee turnover tend to suffer financial consequences of such erratic hiring practices. It takes a lot of time and effort to train every new employee and integrate him into the team, so true costs of replacing a worker go far beyond the salary for the new hire. Still, too many companies make the mistake of letting key people walk away without a good reason, which frequently leaves them in a tough spot throughout the interim period until they can find and train an adequate replacement.

The main idea behind this analysis is to present full financial and organizational costs of frequent hiring of new people to fill existing positions rather than maintaining continuity. It might spur you to re-evaluate your hiring priorities and take a few additional factors into account when deciding whether to expand your workforce by adding a new member.

The temptation of top-flight external talent

A lot of candidates have shiny resumes, so it’s easy to envision them evolving into stars in your company. Some employers act on an impulse and hire young prodigies or seasoned veterans even when there is no clear need for their services, hoping the talent will prevail anyway. In reality, this rarely works out as planned, since even the most talented and most skilled external candidates will have a lot to learn after they join a new collective. The fact that someone held a prominent position and won professional accolades in the past is not a guarantee of instant impact, since organizational fit is just as important as raw ability. That’s why it often makes sense to resist the urge to hire the candidate with the most impressive CV and perhaps give a second chance to a long-time employee to win the coveted job.

Considering that average wages per hour in Canada are among the highest in the world, even a slight decrease in productivity can make a visible dent in the revenue column. That’s why employers should think twice before disrupting the balance of interpersonal relations. Whenever a new worker joins the team, there will be a transition period when the others have to feel out the newcomer and build common grounds for collaboration. This takes time, which could have been better used on developing new ideas or streamlining essential business procedures. Personal conflicts are always a risk, especially if the remaining employees felt close to the departed colleague, so they might be slow to fully accept his replacement. Because of this, keeping a successful team together should be the preferred option as long term stability usually has a positive impact on the bottom line.

When to admit that you made a mistake?

While it’s true that too frequent changes are bad for business, it’s still necessary to let unreliable people go and bring in some fresh blood in their place. It’s pointless and often very expensive to hold on to a recently hired worker that doesn’t perform up to expectations just to avoid additional costs associated with conducting another cycle of interviews. Poorly motivated, incompetent or uncooperative workers can slow down the entire company and cause much greater financial damage if they are tolerated for too long. Top personnel decision makers should be flexible enough to recognize when the hire isn’t panning out and react promptly and decisively to remedy the situation. Hopefully, the organization will learn from the failed experiment and apply this knowledge when scouting the next group of candidates for the vacant position.